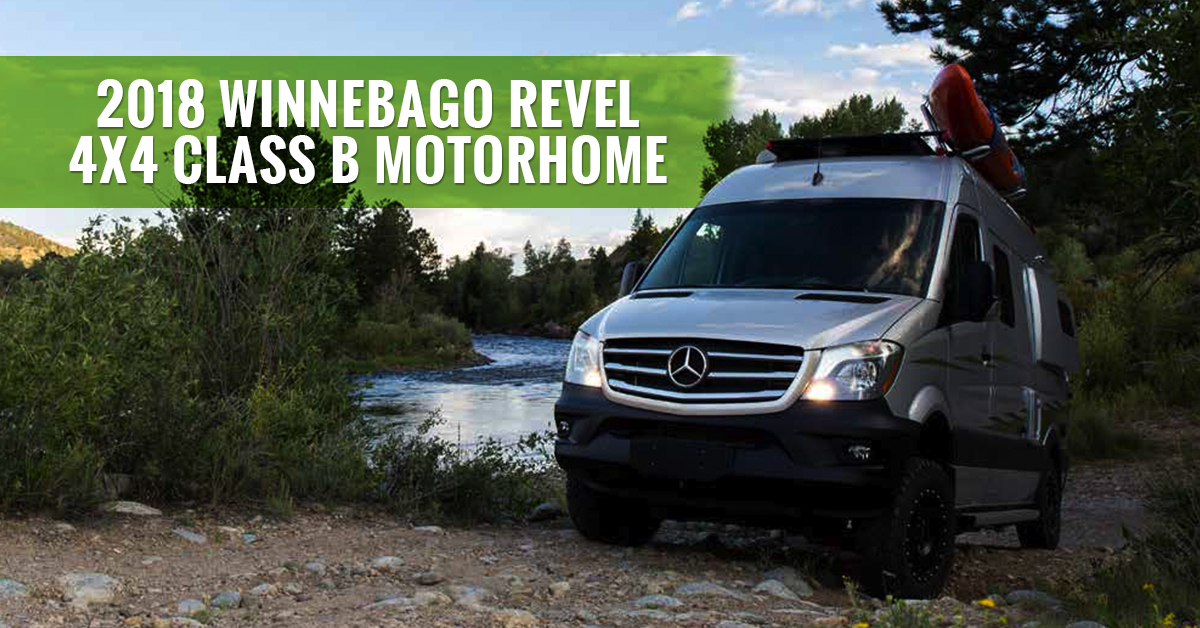 Nate: Hi, folks. This is Nate from RVing Planet.

Mark: And Mark with CampgroundViews.com.

Nate: We are here to show you the brand new Winnebago Revel.

Don Cohen: Don Cohen. I’m the editor of Winnebago Life. Yeah, we are the Winnebago lifestyle blog. When you’d say adventure lifestyle and product … Now I’m starting to sound like an RV salesman, this is really it. And this is the new Winnebago Revel, which is a 4×4 of Motorhome. And yep, you really can take these babies four-wheel driving.

Don Cohen: And what’s so great is the hood drops off so much is that you can really see the track in front of you when you’re picking your way through the boulders and moving up. And then that’s a really important thing. The other thing too is just all the different aspects of the Revel in terms of literally gas and go. It’s solar, it’s all electric, all you have to do is put water and diesel into it and you’re good. The actual extra heater here is the interior heater is also offer your diesel tank so it doesn’t require any propane. There’s no generator, the air conditioner is an option. And so we have a lot of … we think we’re going to have a lot of buyers who are going to buy these without air conditioners, because they’re going to be in mountain communities. It’s a different kind of product for our RVers.

Nate: Yeah, what makes this brand the most unique?

Don Cohen: Sure, first of all there’s really not a lot RVs that are similar. It’s a van but with its four-wheel drive capabilities that immediately sets it apart from other things. It’s a much higher clearance vehicle.

It’s not as luxurious as some of the van products. It is definitely made to be rugged. It has a really small bathroom, because our market research showed that some people don’t even want a bathroom. So we’ve given them the option, the bath is there, but there’s also shelves that you can put in and you can just make it a place for storage.

An electric bed that rises from up to bottom, so you can get that up out of the way for high storage for bikes. People told us that they want to keep their expensive bikes inside the rig.

Those are big, big differences. They’re truly in the market now there’s no production vehicle like it. It is totally unique. Very short wheelbase, so you’re not going to be able to hold as much as you can in a bigger RV, but this really supposes that this kind of market is outdoors, lives outdoors, and to them they are finally looking for something that is just a little more luxurious than the tent at the end of the trail.

Nate: Thank you. If you want to learn more about the Revel by Winnebago you can check it out at rvingplanet.com.

Ask A Question About the Revel 44E