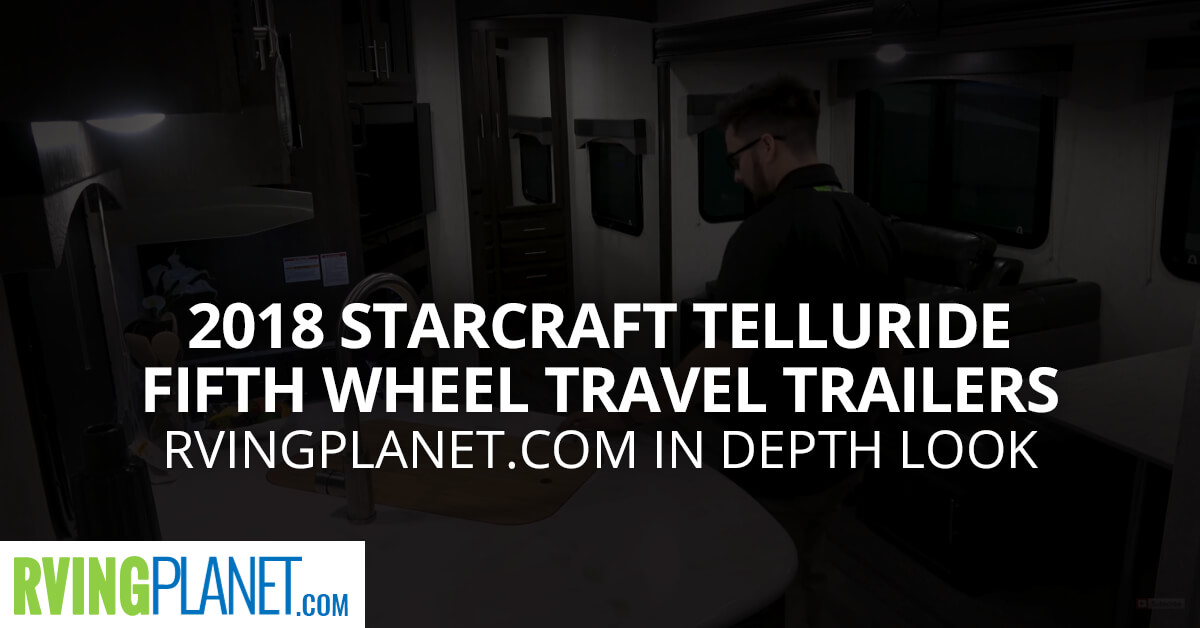 Nate:  Hi, folks. This is Nate with RVing Planet.

Nate:  We are here and excited to show you the brand new at Telluride fifth wheels from Starcraft.

Nate:  Nick, so we’re looking at this Telluride by Starcraft. And compared to all the other brands that you guys have, tell us what makes this one unique?

Nick:  What makes a Telluride unique is we’ve upgraded features on the inside and outside and dramatically lowered the dry weight of the unit compared to our previous model. So we’ve made the product a lot more half-ton friendly and increased both interior and exterior amenities.

Nate:  Who’s the perfect shopper for this fifth-wheel?

Nick:  Both experienced RVers because they’ll know the upgraded features that they’re seeing, as well as new buyers who are coming into the market for the first time and have a half-ton truck.

Nick:  Exactly, yep. So definitely a big part of the market is the half-ton truck buyer.

Nate:  Those type of people that are looking for a fifth wheel like this how does this one compare against others that are out there?

And then the whole package is going to be backed by a 3-year limited structural warranty which is really a sound piece of mind for the consumer.

Nate:  You can only pick three, but what are your top three favorite features?

Nick:  Wow, well, you know what? I love the heated and massage seats on the inside. The headroom in the bedroom has been significantly increased so you don’t feel as claustrophobic as you do in some half-ton friendly fifth wheels where they start to shrink bedrooms and things like that, and then the multiple slide rooms really open it up so you get in this model here you’ve got three different slide rooms in a coach that weighs approximately 8,000 pounds.

Nate:  Awesome. Thanks, Nick. So if you guys want to check out the Telluride fifth wheel by Starcraft you can head over to rvingplanet.com.