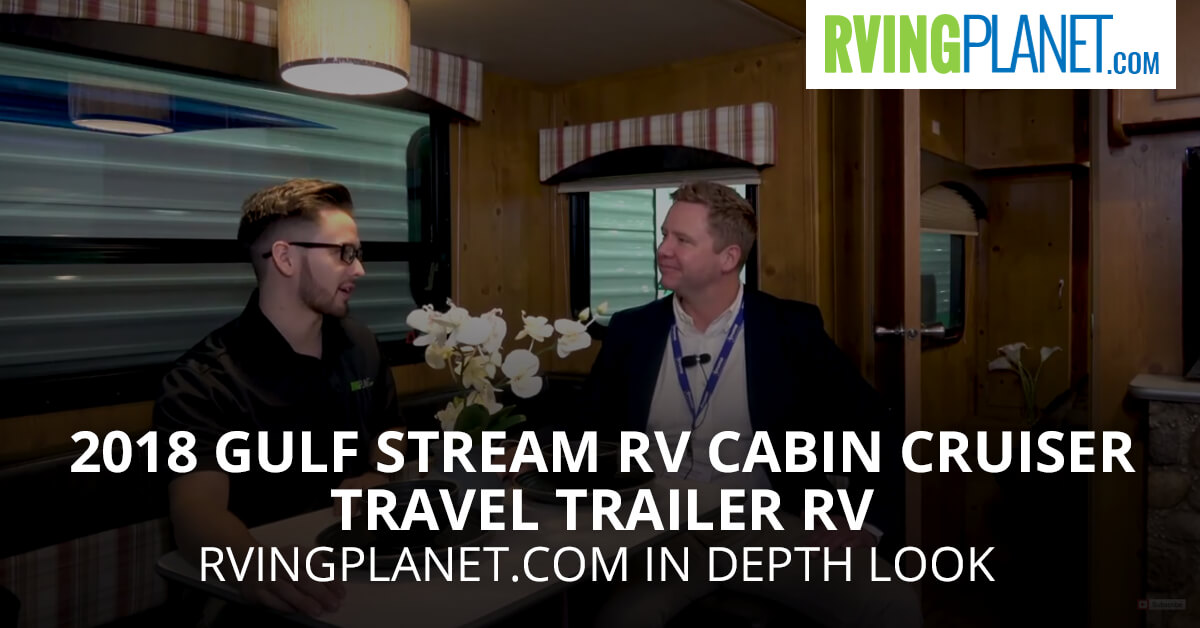 Nate:  Hey, folks. This is Nate with RVing Planet.

Nate:  And we are here to show you the Cabin Cruiser by Gulfstream.

Greg:  Hello, my name is Greg Danielson I’m the representative for Gulfstream Coach.

Nate:  Hi, Greg. So we are inside the Cabin Cruiser by Gulfstream, what makes this brand special?

Greg:  Well, the concept is really quite interesting. As you can kind of tell we’re using a knotty pine interior, we’ve got a kind of an old rock fireplace. And basically you get kind of a feel like you’re in a cabin.

Greg:  Hence, Cabin Cruiser, correct. In addition you also get some higher-end amenities and features such as vacuum bonded fiberglass sidewalls, so you’re just getting kind of a lighter, newer unit but also having this kind of old cabin feel.

Nate:  Yes, they can take the cabin anywhere of which I haven’t even heard of being able to be done before until right now.

Greg:  It’s a cabin on wheels.

Nate:  Yeah, so who would have the most fun with this Cabin Cruiser?

Greg:  Well, I think with the Cabin Cruiser what’s kind of fun about it it’s a little bit nostalgic for families, if they’re really trying to create that feeling of being out camping, and having a cabin where they can come and then enjoy that.

Greg:  Exactly. I mean, you’re really getting into that camping feel.

Nate:  What are your top three favorite features about this?

Greg:  Well, I think with the Cabin Cruiser I really enjoy the knotty pine look. I also what’s kind of new for Louisville is they’re doing more of the plaid on the balances and on the wraparound dinette, and then you know you also get some of the cool things like an LED accent light. Two giant double over double bunks, so yeah, it’s very accommodating for a family. And again, you just get that camping feel when you’re inside the Cabin Cruiser.

Nate:  All right, thanks, Greg. If you guys want to check out the Cabin Cruiser by Gulfstream you can go to our rvingplanet.com.